Week 13-iron on the roof 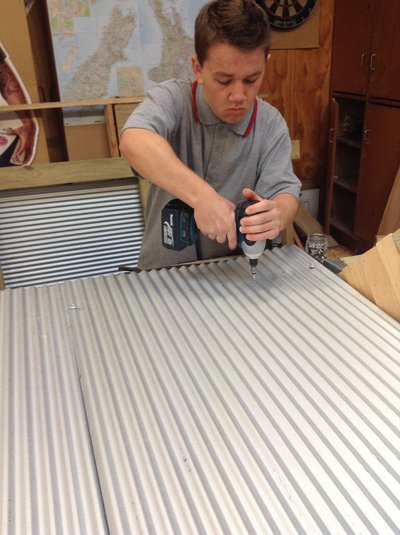 This week we focused on putting iron onto the roof and getting the roof finished.

We first needed to put in a plastic blue brace around the sides and center of the roof so it could support the building paper to some regard.seen below 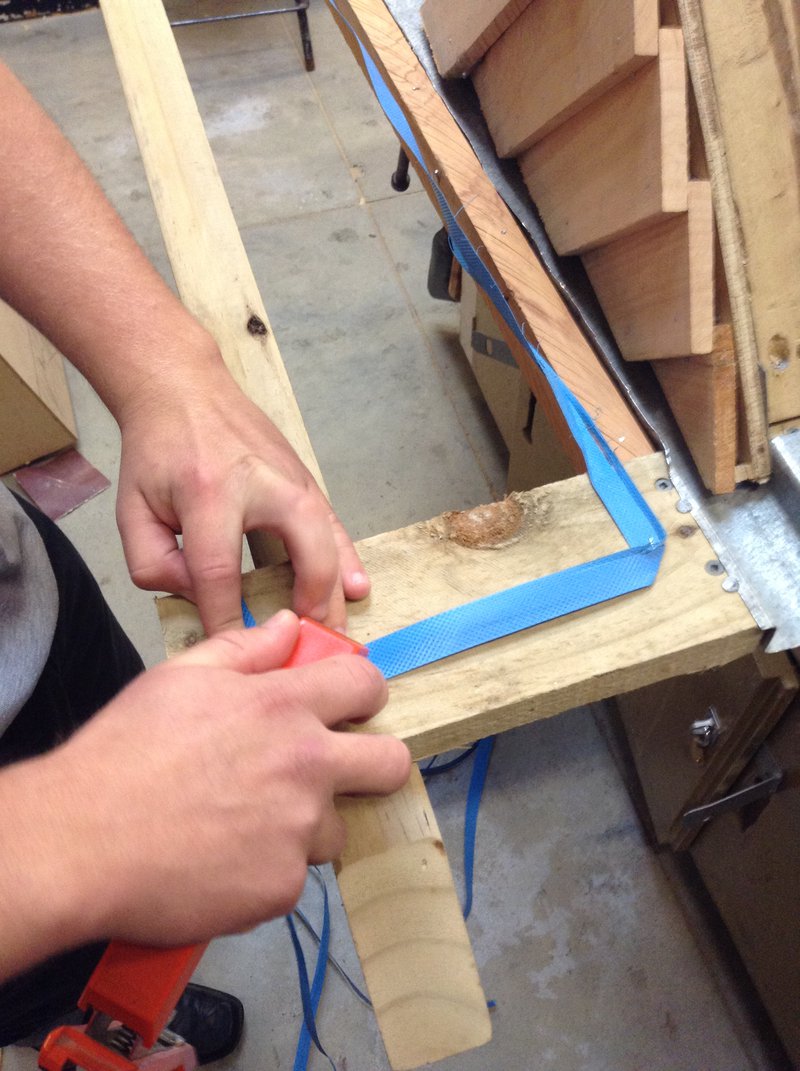 The first thing we did was cut the iron into the sizes of the side next to the window it was 2 long rectangle iron cut. The next one was in the middle it was made up into two long square iron cuts but one of them have a triangle in the top side which was perfect for the upper part of the window it was just halfway of the upper window.

We had to line it up(the blue strap) to make squares then staple it on do it could hold. We squared it only using one strap and by using only one it saved materials, time and effort. To do this we pulled it up then bent it sideways to create a angle across.

We stapled the end of the strap to the wood then pulled it up tight to the top of the roof then bent is sideways seen below. 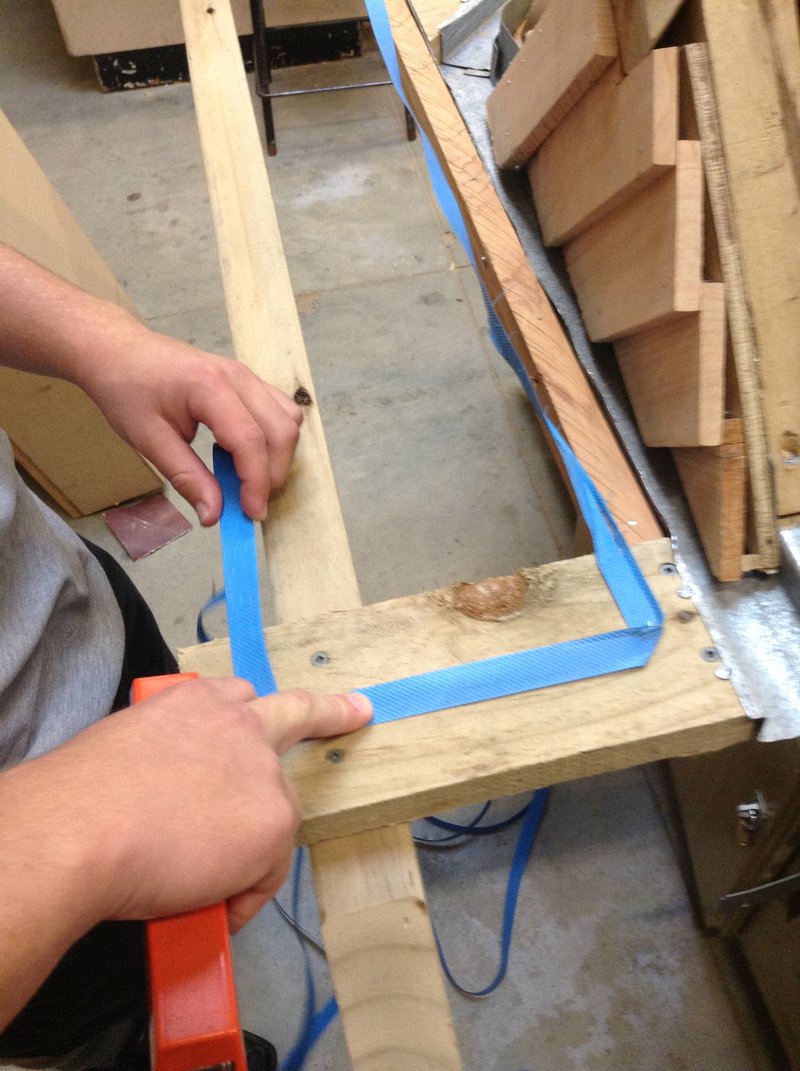 After that we put building paper on top of it then we cut it to the size we staple the building paper to hold in place while we put the iron on top. Seen below 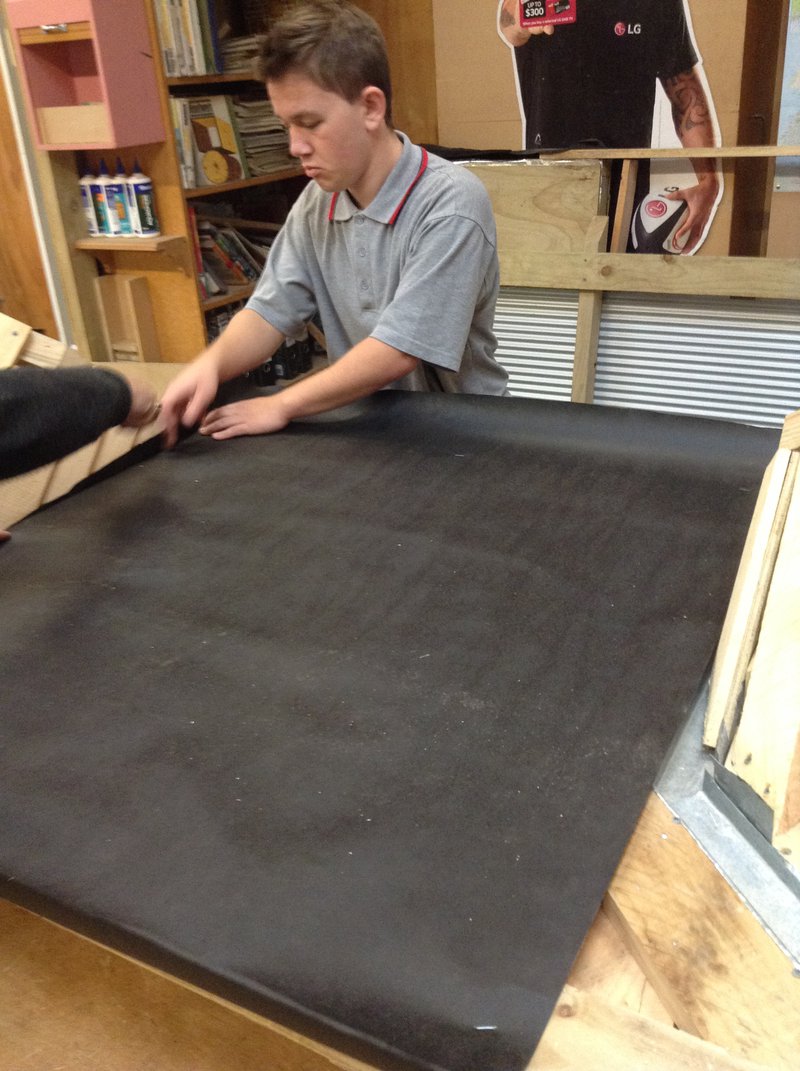 We measured how far the hole should be in place when we sure it was the right measurement we drill the iron and put screw to hold in place then we use the combination square to replicate the measurement accurately we put holes every 2 spaces.seen blow 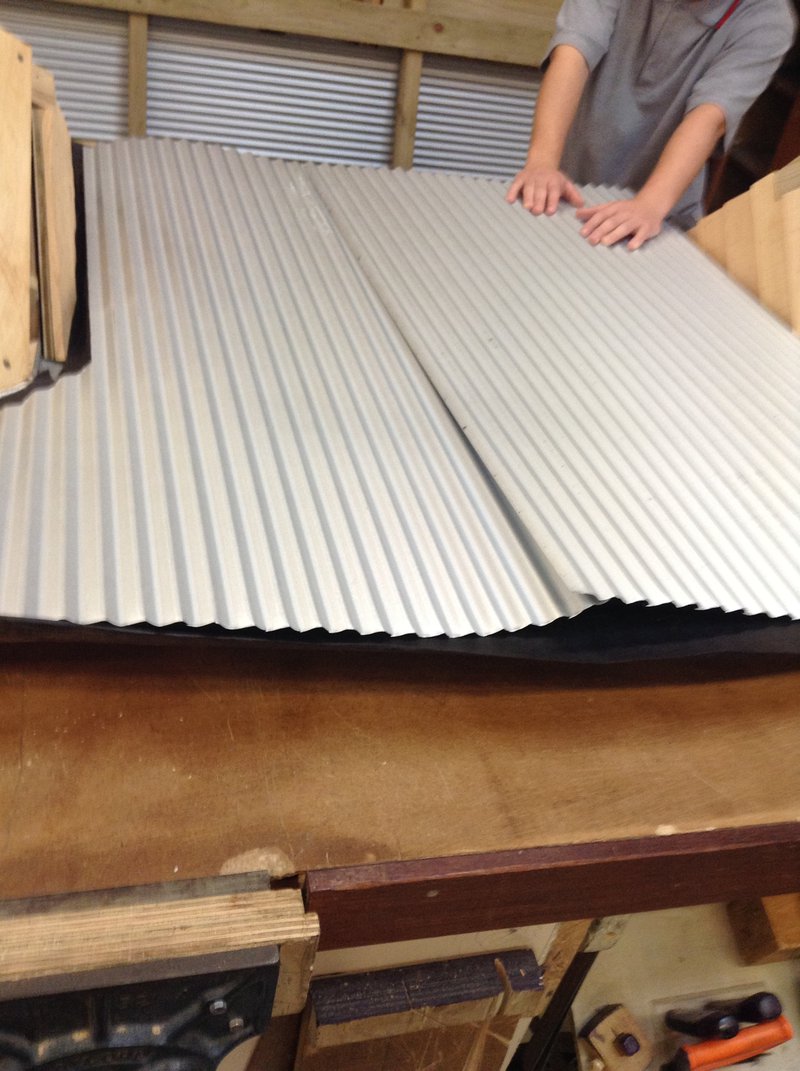 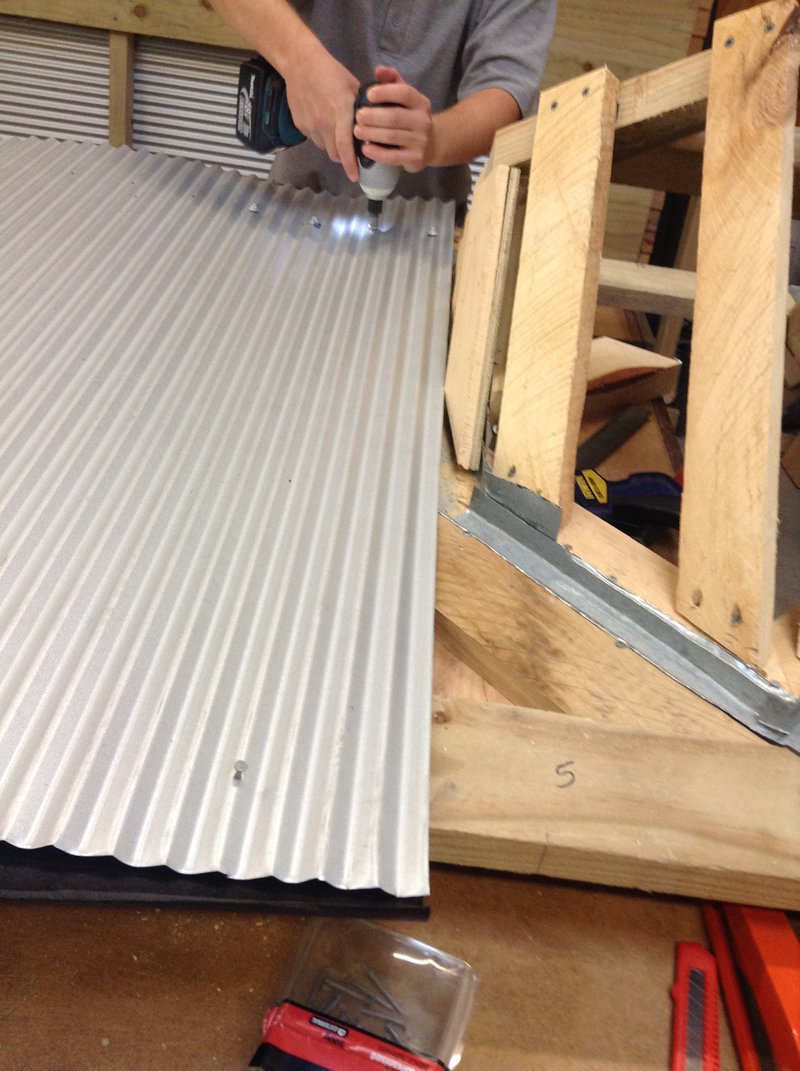 We also temporarily nailed the bottom so that it could hold while we were screwing and getting it to fit on. 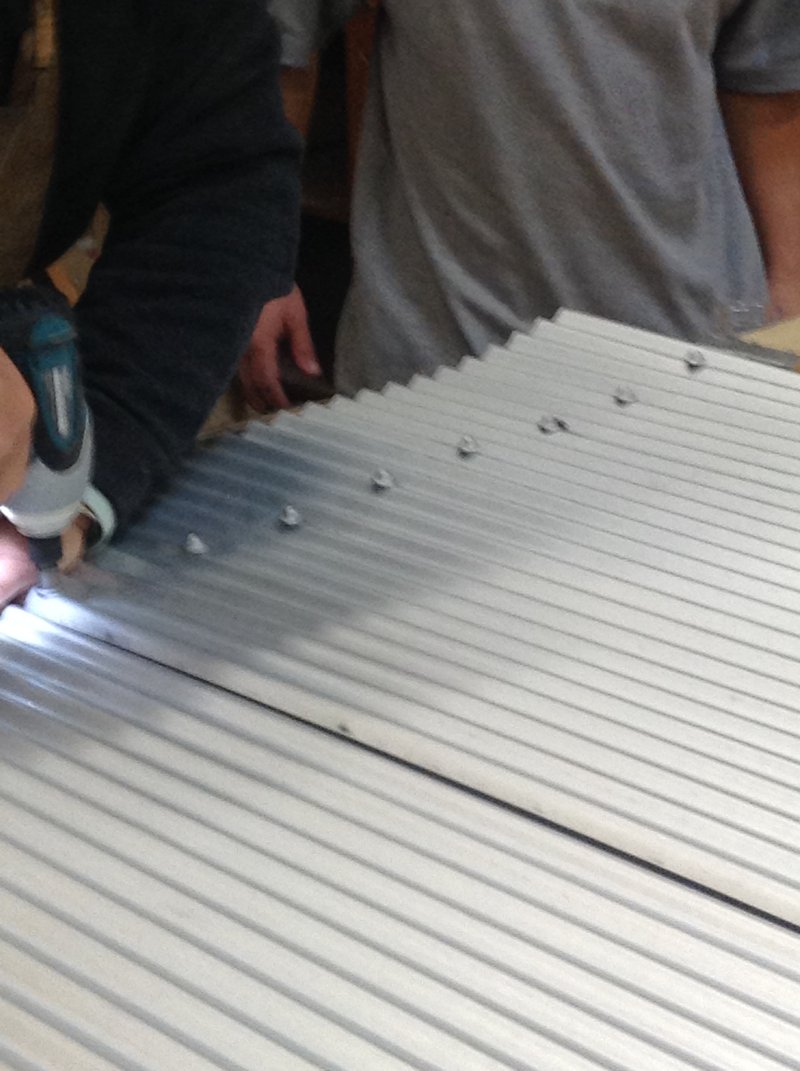 We just finishing up putting the iron on both roof parts it got a bit difficult when we’re put iron in front of the windows of the roof because there was a tiny space to fit in the iron to make it waterproof.