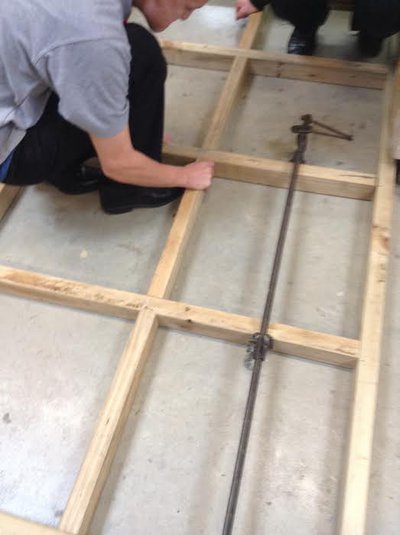 Sorry we didn’t post last week and the week before because we had our assessment week and we were catching up with the lost time.

That week which is last week we focused on building the wall frames.

We made some people make the back wall frame and other make the side wall frames to save time.

We made each frame by first creating top and bottom plates. We scarfed the ends so that the walls would all fit together/join. We then placed our suds in between the top & bottom plates. The way we evened ten out was was that we made them with 600mm centers. A fast way we did this was that we placed one in the middle one on each side(the ends). Then we place the next studs in between the end and middle studs. As a result they had roughly 600mm centers. 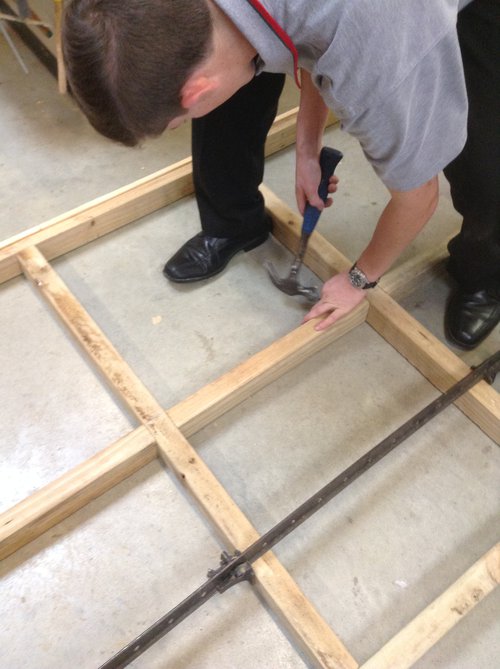 After that we put in the dwangs the dwangs were cut to 450mm. The dwangs were put in by centering them, then fitting them into the gaps. Once one was fitted in it was double nailed on one side and screw nailed on the other side. This made them strong and since we did it one at a time we were able to fit them all in. Once our frame was complete we attached the building paper to stop moisture.