week 7-Making the roof and finishing the weatherboards 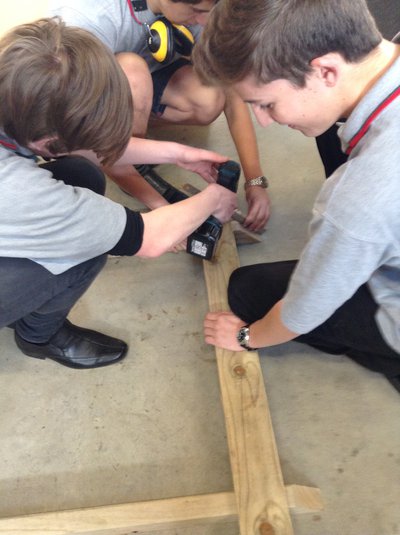 This week we were working on the roof framing, dormers, and weatherboarding the front of the play house. 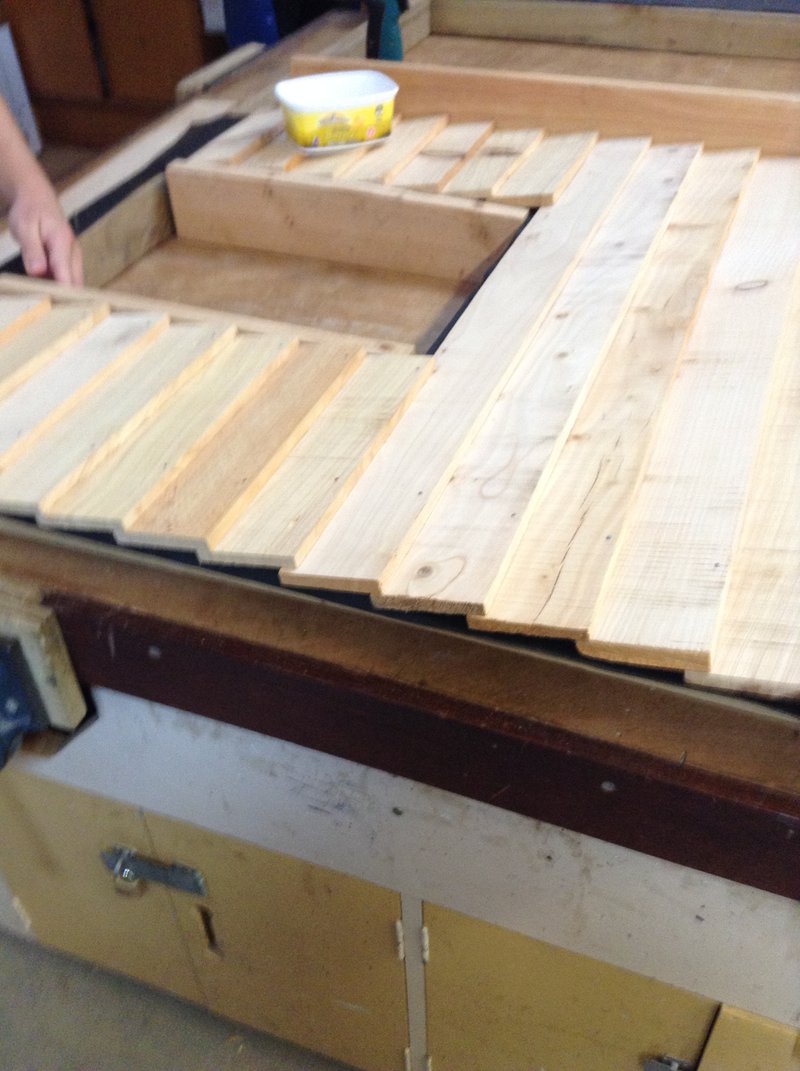 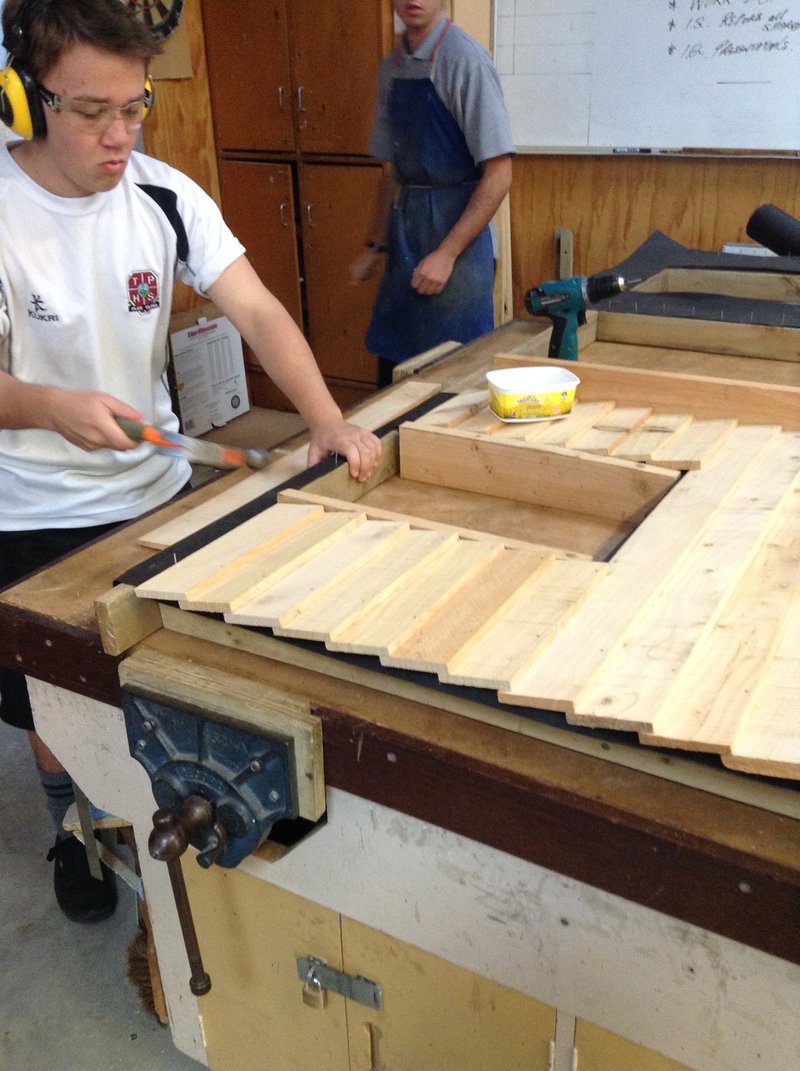 We also worked on making the roof frame. We built the front of the roof frame which includes the two dormers/windows. We included a spaces for the dormers shown below 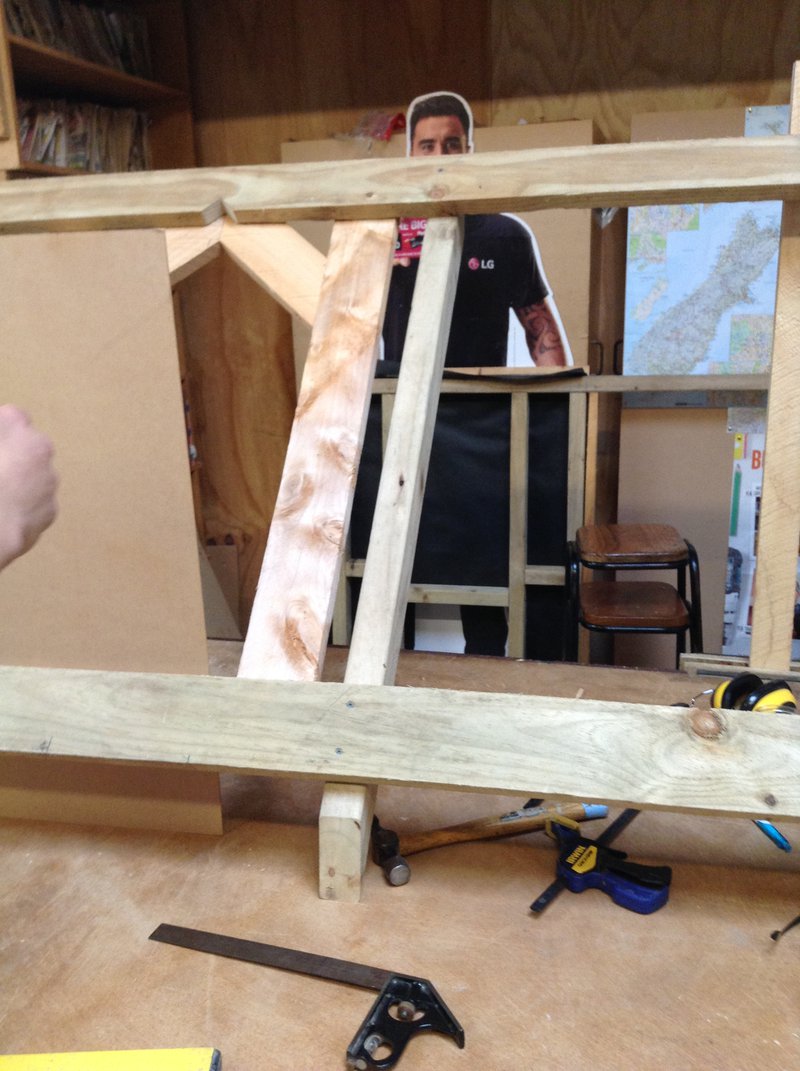 We also made a start on the preparation of making the dormers and the construction of them after planing. We measured the size of the dormer based on the gap in the frame. We got a board that was the same height of gap/dormer space and placed the proof and the angle it is going to be and out the board straight up to check if it was the right size. Shown above

Once this was found we drew on the board to figure out where all the timber would go, shown below 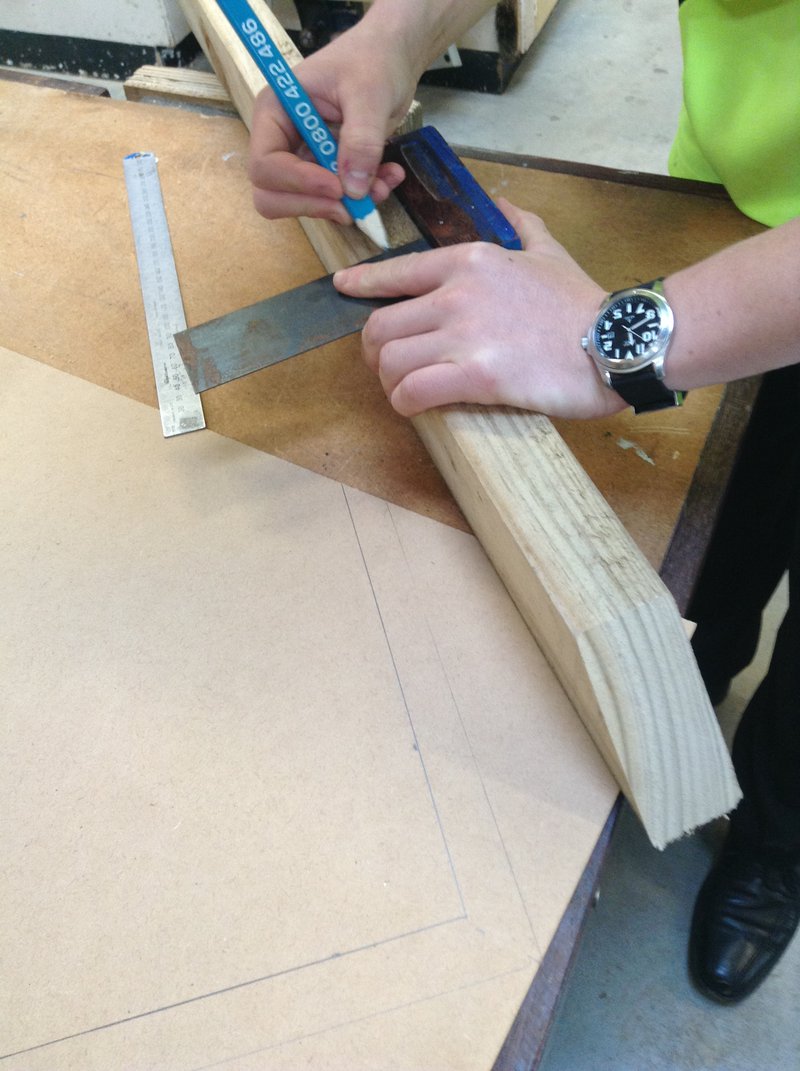 In this image it also shows how we built the outside for the dormers. 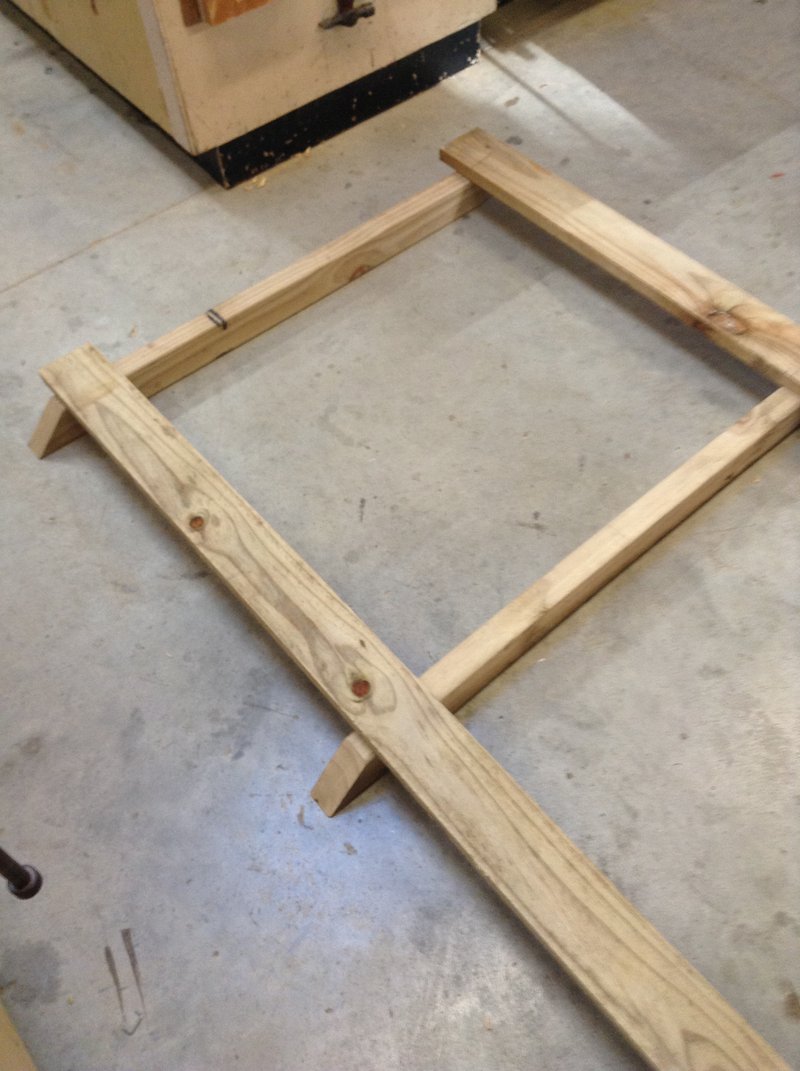 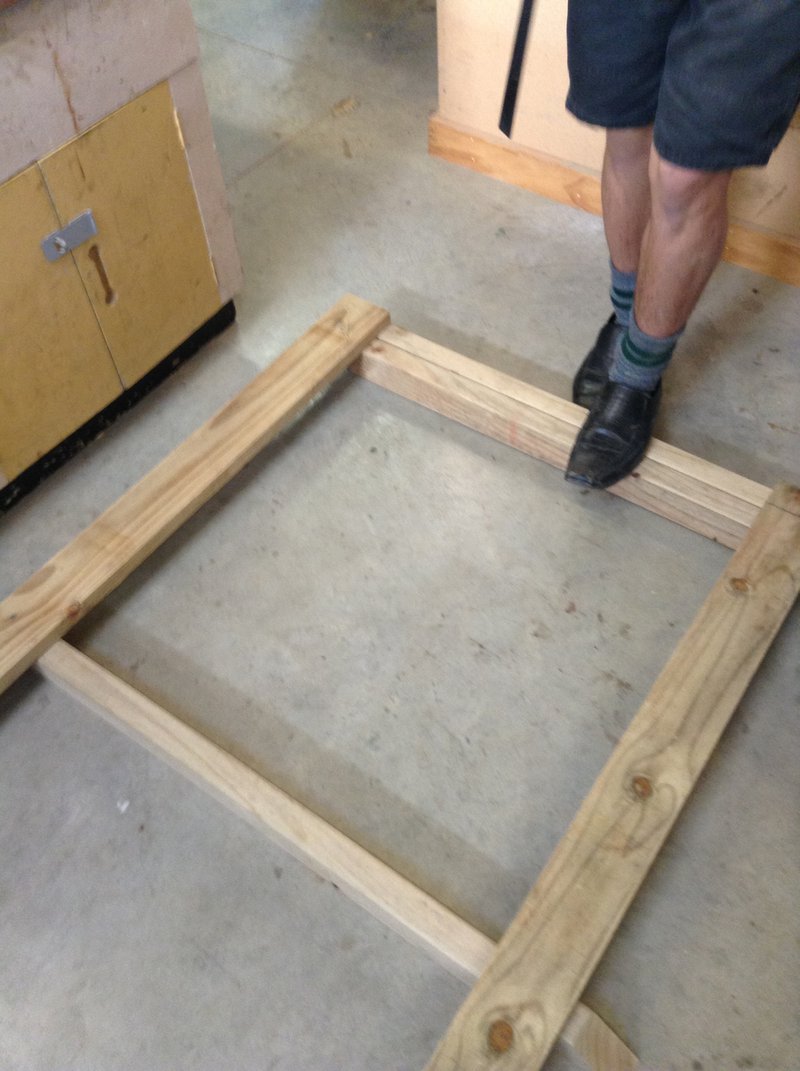 In the following week we will build the dormers to completion.