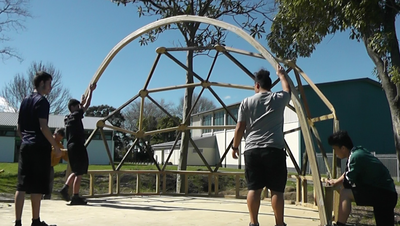 We decided to go with the advice our adviser Greg Kelly gave us about laminating an arch to provide support for the rest of the structure. So we drew extra struts into the sketch up model, we then measured their lengths and angle at which to cut them. Once we cut them we glued them together to make the right shape arch. 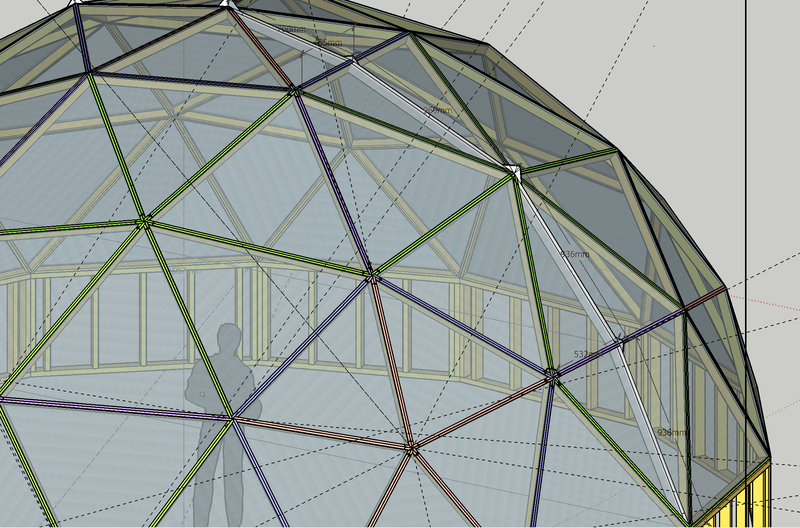 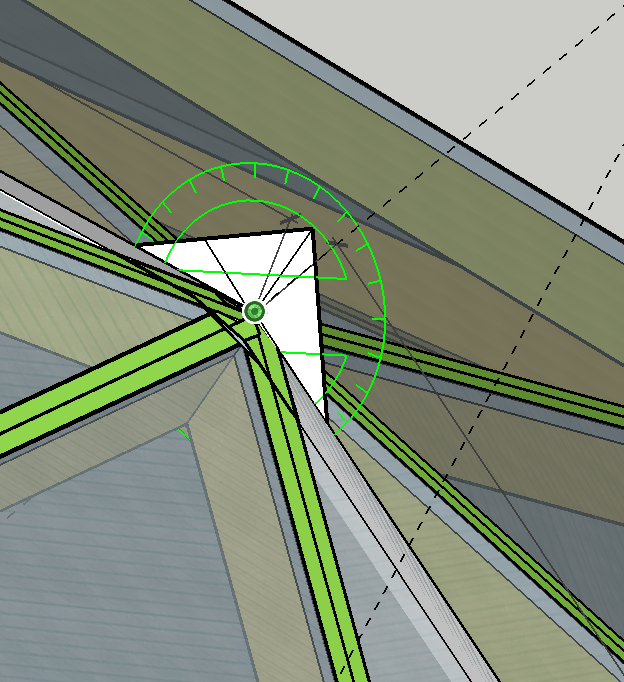 This is the thing we used to steam bend the wood to bend it over the wooden arch then nail and glue it on.

Unfortunately the bent wood started to pull the arch back out and break the joints. This was a failure and so we had to rethink our plan. 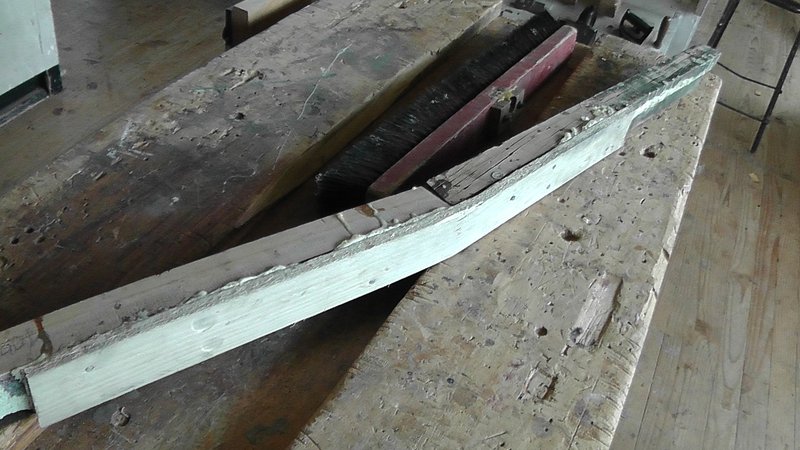 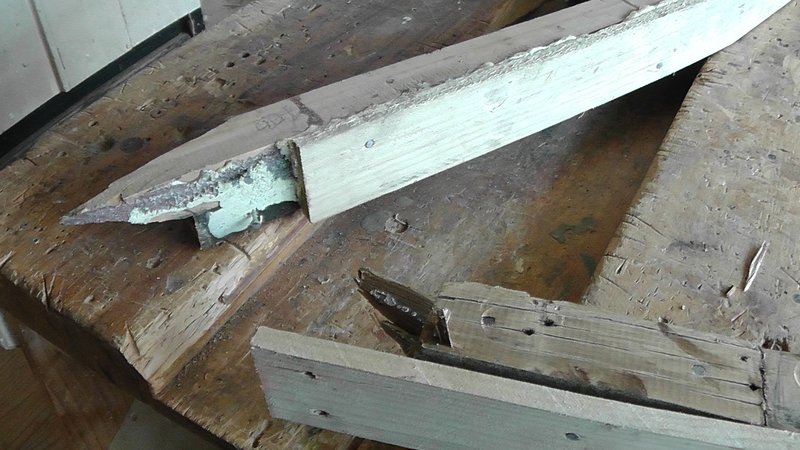 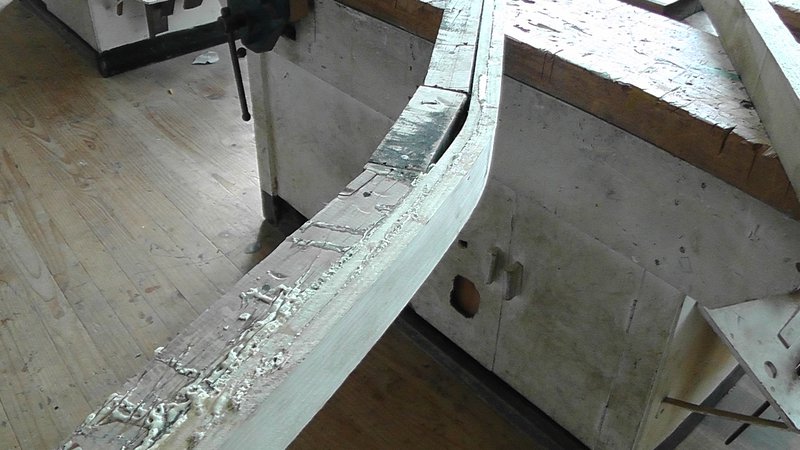 But by now we had the bottom walls of the dome attached to the stage. So we decided to mold the wood around the inside of the walls to create the shape of the arch we want. We put some gladwrap and tape on the deck so the glue wouldn't stick the whole arch to the deck. We glued one side of a piece of wood and forced it against the inside of the walls and put another piece of wood on it then clamped it together. Some places couldn't clamp properly so we had to put a few screws to bring the wood together. At first we laminated three layers and tried to keep the joints in each layer in different places like laying bricks to keep the arch strong. 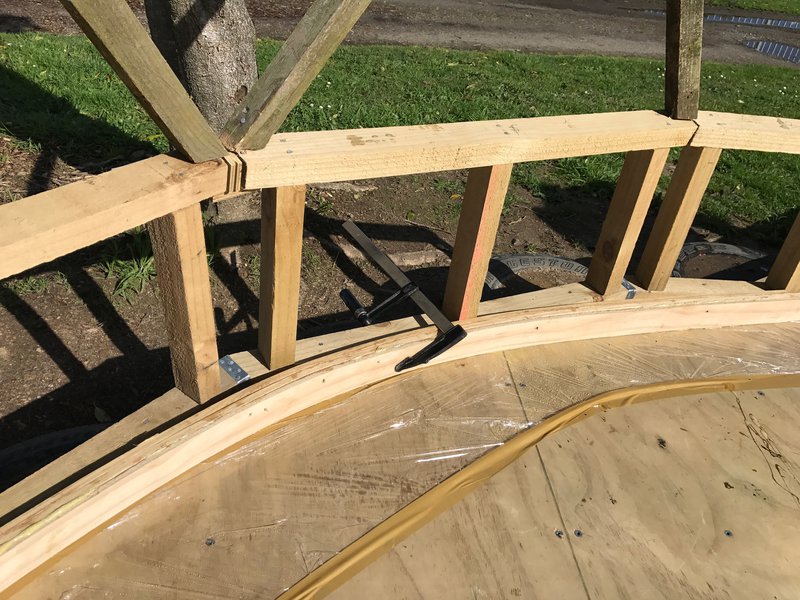 After one day when the glue was dry we took the arch out and put it some place else so that we could keep working on the dome. Half of us worked on gluing two more layers of wood on to the arch, we did this on concrete so it wouldn't stick to the ground but still provided a flat surface. The arch kept on springing out so we had to hammer two pieces of wood at each end to hold the arch at the right width. 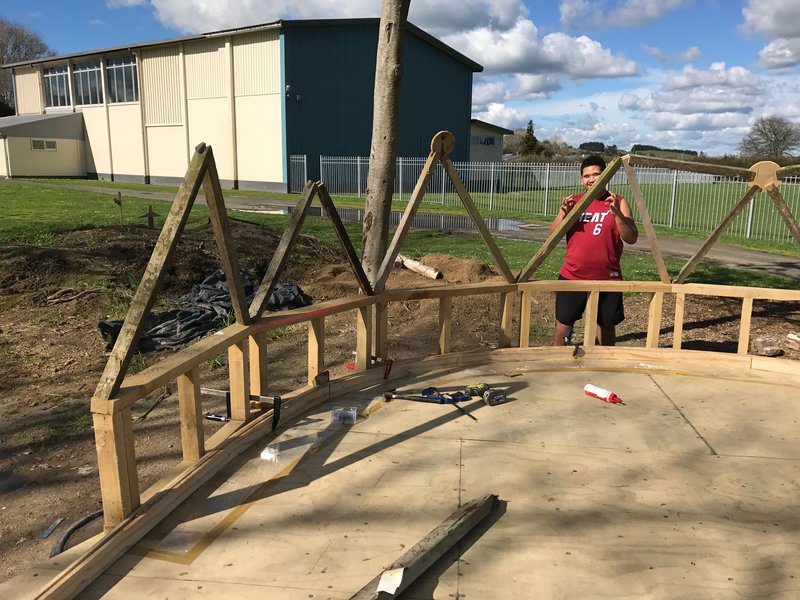 We had filled in the gaps in our arch with epoxy resin that was thickened with calcite. In this video it shows us planing the arch to get the glue that was stuck on it off. 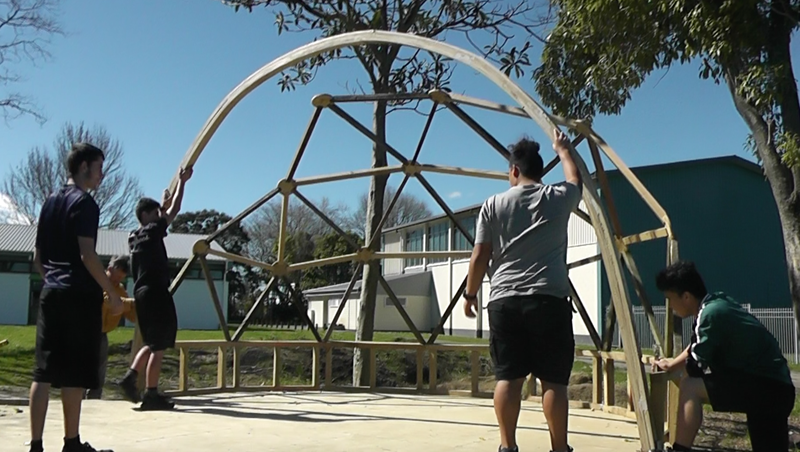 This is us raising the final arch.