The geodesic dome sound shell plans we originally had weren't that great, so Shontae found this 3D model on sketch-up 3D warehouse. We had to cut it in half and add struts where we had cut it. Our BCITO adviser Greg Kelly suggested laminating an arch at the front where the cut is to provide a strong structure.

Here is Shontae measuring all the struts lengths and angles on the computer. 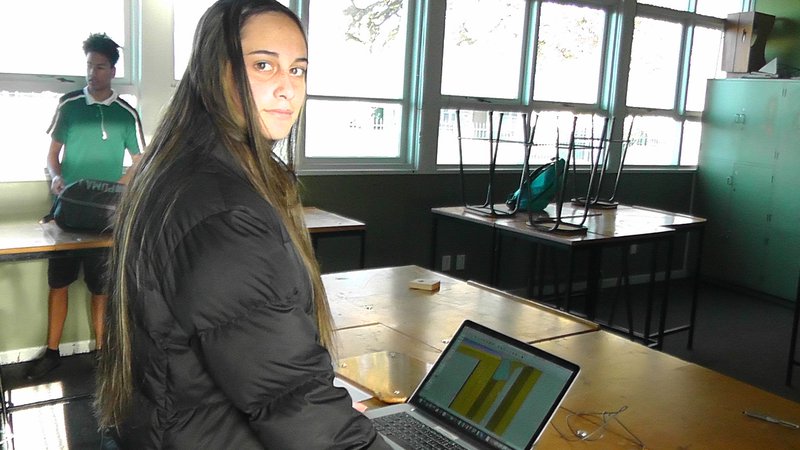 We worked out the measurements of the dome struts and at what degree angle we should cut them at, also how many we have to cut of each colour. This is the cutting list. 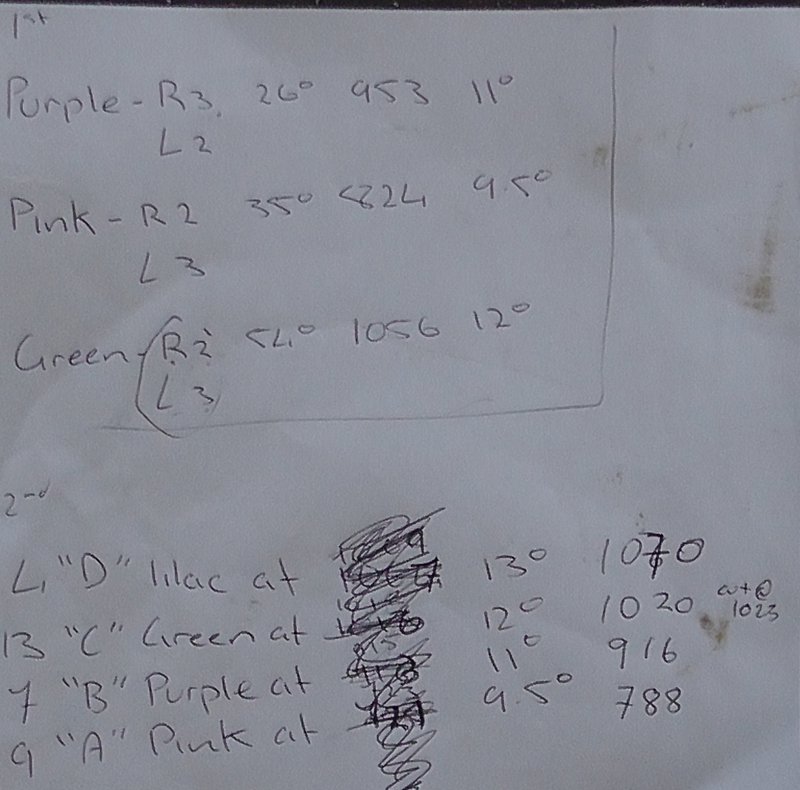 Shontae is cutting the angle of the struts. 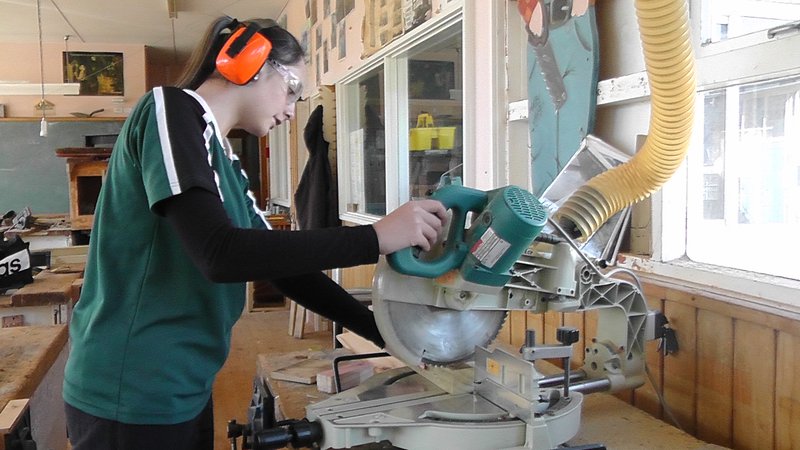 Shontae is now cutting the top of the struts off square. We made a little jig to hold the strut at the right angle. 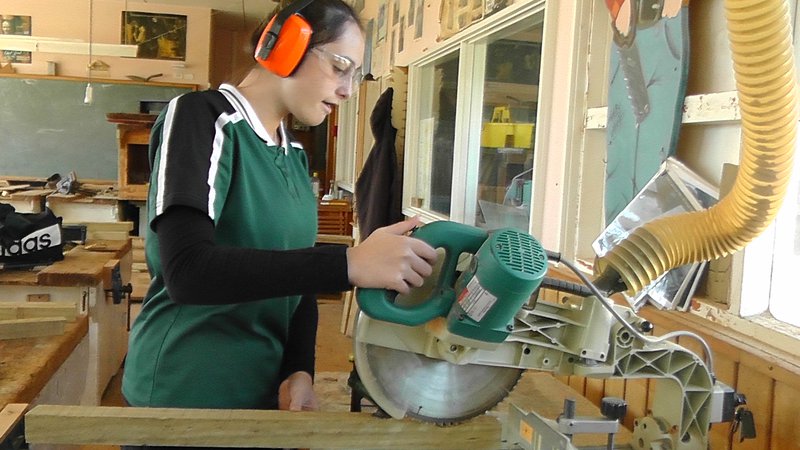 We decided to colour code the struts in the same colours as the struts on the sketch-up model. 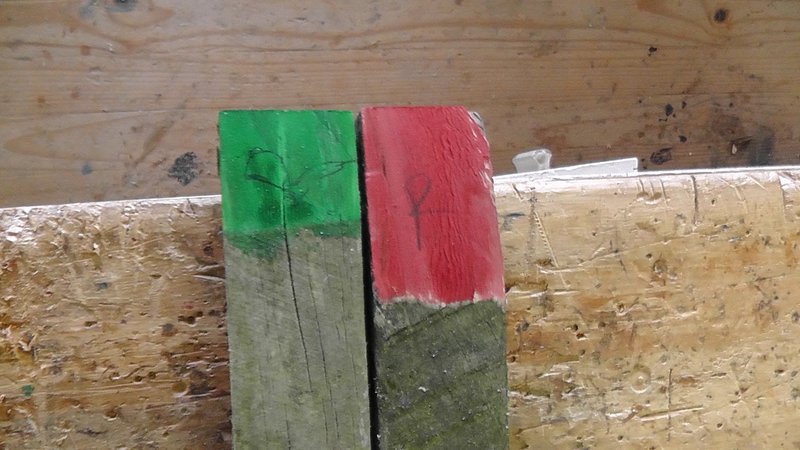 Because we decided to stick with the original idea of using slots and ply wood discs we had to change the measurements on the sketch up model slightly. here is a picture of us cutting the slits where the discs are going to go using another jig. 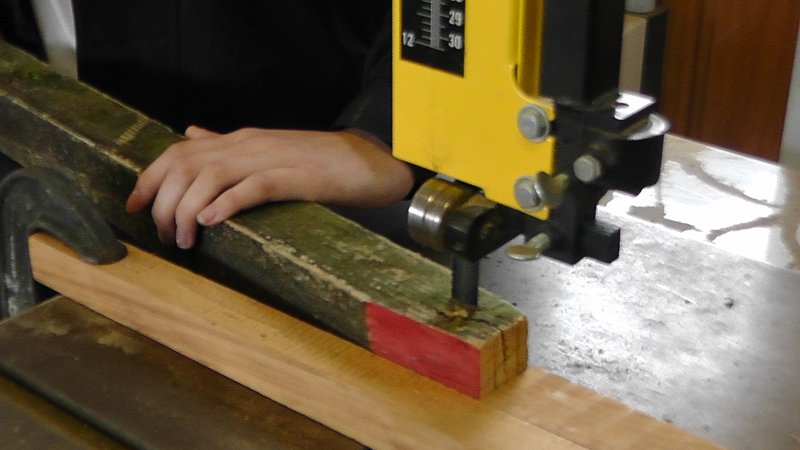 Heres us making the second cut the width of the ply wood discs, we used a scrap of ply wood to get the right width. 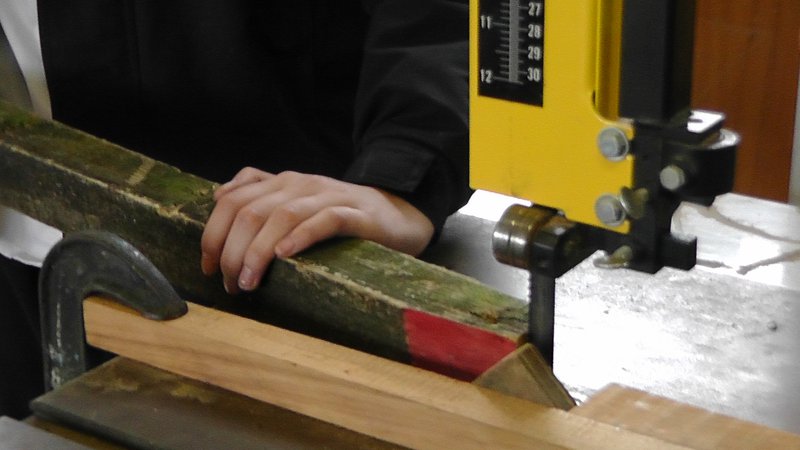 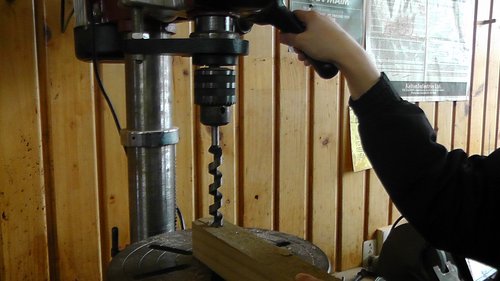 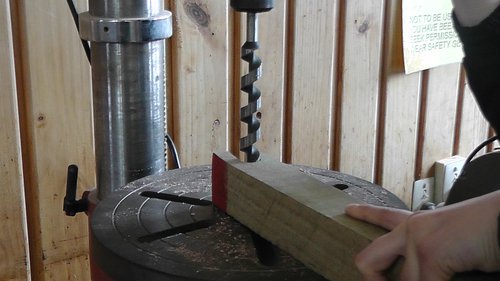 We used a drill to cut out between the two cuts to made the slots.

We used a band saw to cut out the circle ply wood discs. 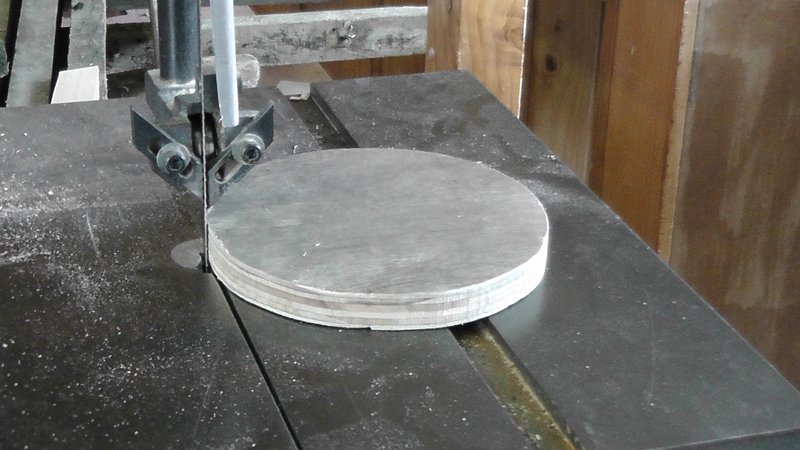 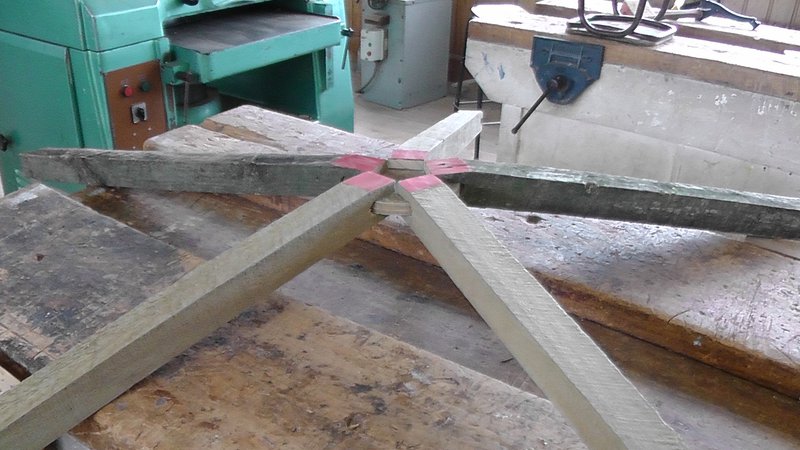 Close up picture of the struts and disc together. 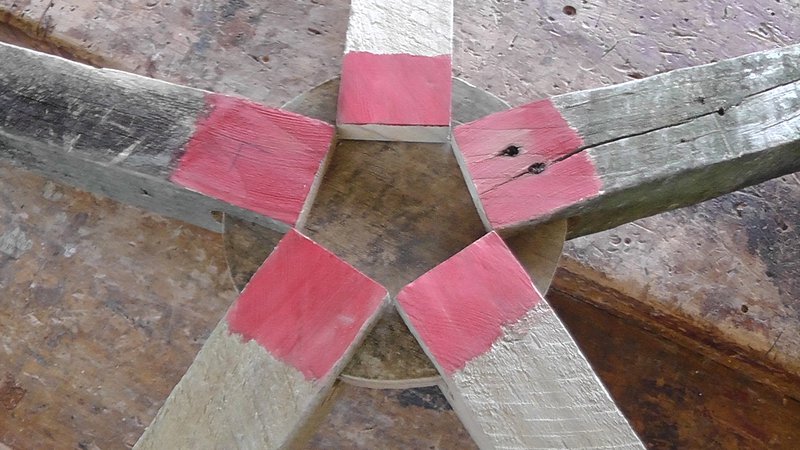