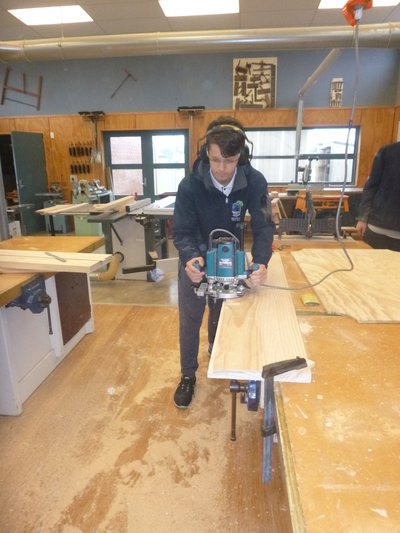 Both teams are on a roll. Team two cut the mortise for the rail supporting the bench top. However it was found that the rail we cut was too short, so back to the saw bench for a remeasure and cut. Problem solved! The big leap forward today was assembling the two end frames as shown in the photo below. Amazingly they were both found to be square on the initial check. Probably due to Daniel not being involved today. Team one routered the top for fitting the well and grooved the rails to fit the shelf. Hopefully next week the remainder of the frame will be assembled. 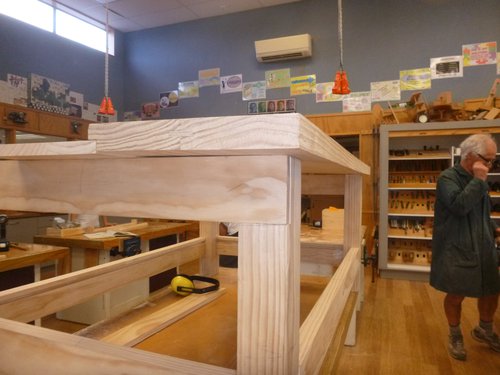 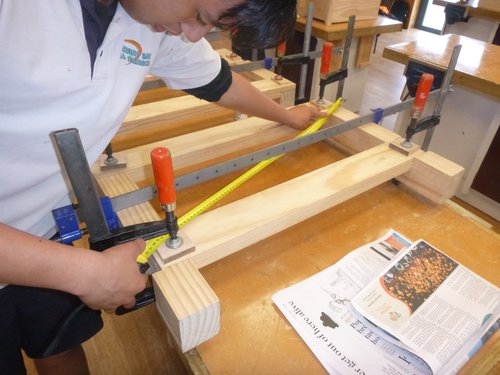