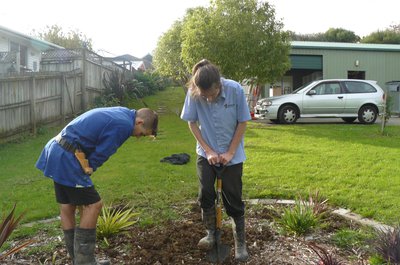 Bridge: This week our 'Bridge Project' group was tasked with digging the holes for the posts of the bridge, these holes are roughly 400mm deep and are going to be filled with concrete/cement at some point either the following day this blog goes up or some time next week. Before we began digging we came across some problems we hadn't totally considered, this would be that the terrain where we'd be placing the bridge was flat, or so we thought. Shortly after discovering this rookie mistake we began to plan and attempt to figure out a way we should get around this problem, we did get around it but it wasn't the best possible way, due to this the bridge won't be totally level and will have a slightly higher end than another, but it is a negligible difference. 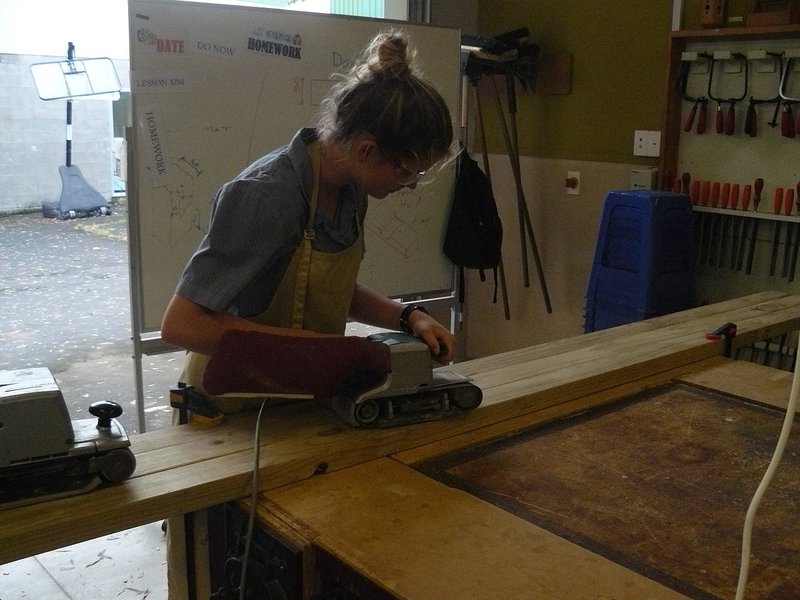 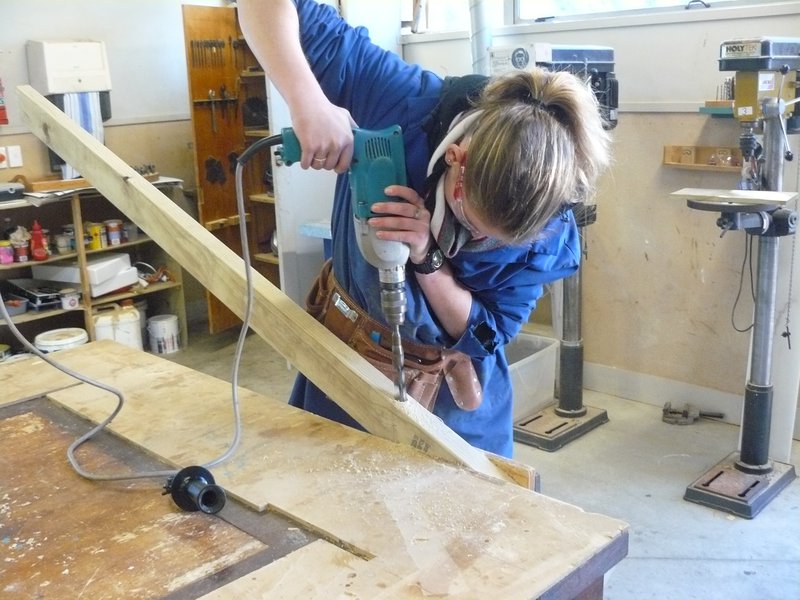 Photo-Frame: During this week the 'Photo-Frame Project' group are still busy with the construction of their project and are on track for finishing it soon. In the photos above and below we can see them working on their frame, all progress is going according to schedule and some of it is ahead of schedule too. 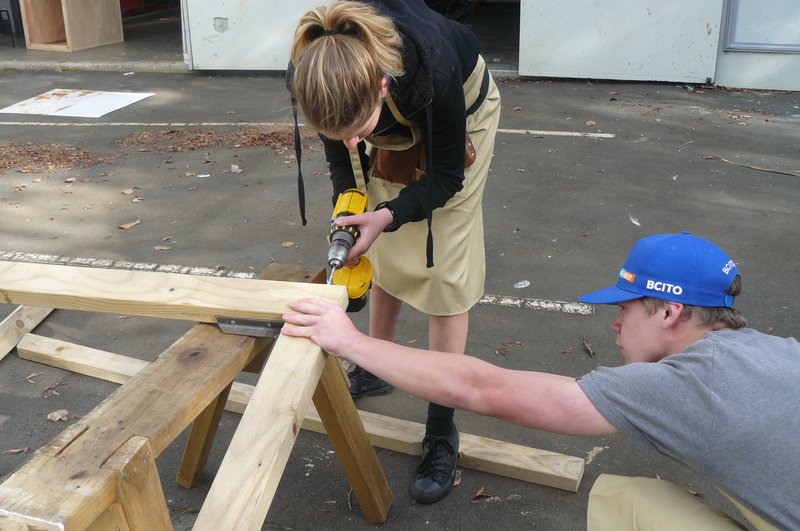 Swing seat/Pergola: Within the time that occurred this week the 'Pergola/ swing seat Project' team had finished building the seat and are now putting the final touches on it and are busy sanding it. The group have now started planning for the pergola piece and also have started cutting the timber required for it. 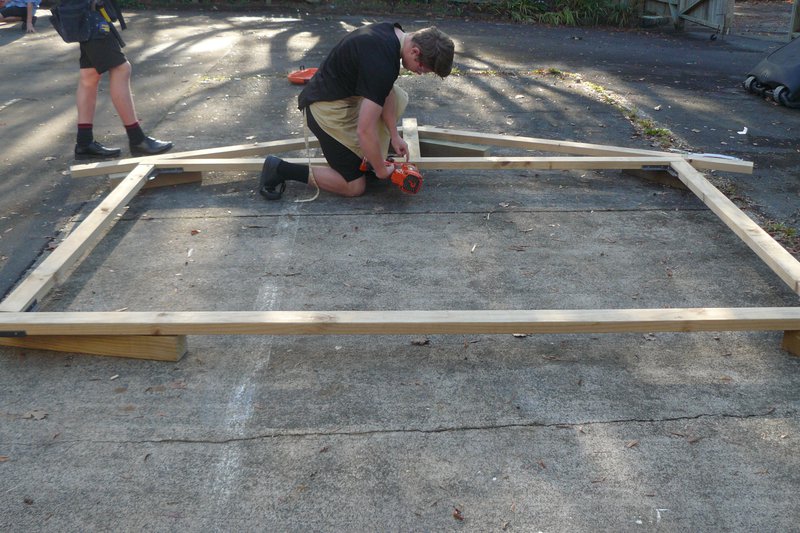 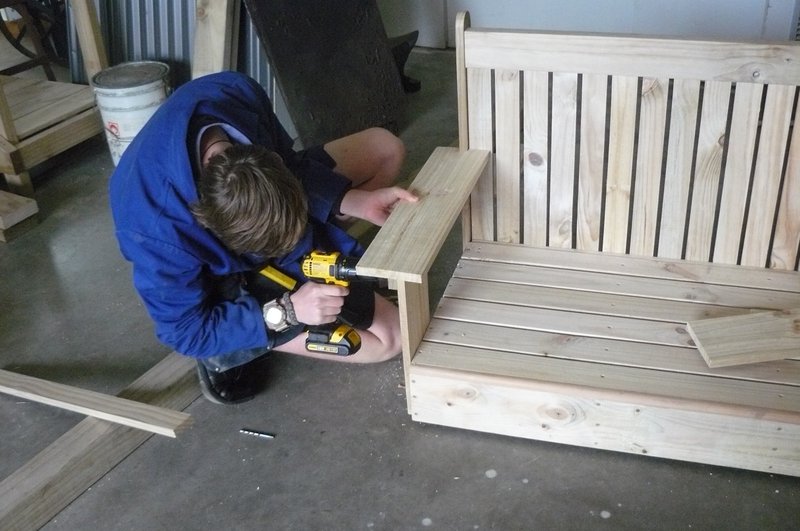 Here we see two members of the team digging the post holes for the Bridge to be set in. 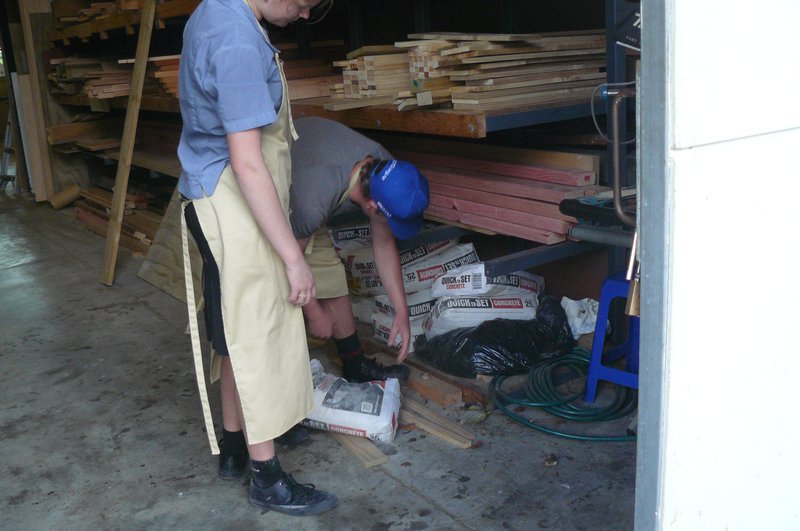