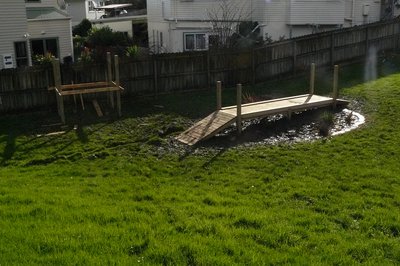 Bridge: During the time this week after getting back into the school routine we had encountered some screw ups with our decking and had decided to, instead of removing all the pieces and re-placing them we would cut down the sides that were sticking out of the decking side piece and then we added a trim which consisted of four long pieces of decking timber. 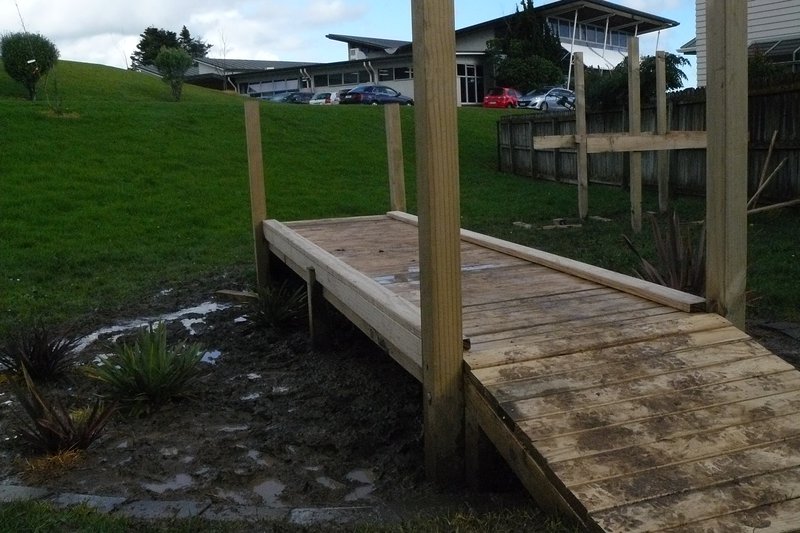 Photo-Frame: During the previous term the Photo-Frame group had lost a member as he (Alex) had moved onto bigger things and earn't himself an apprenticeship, so good on him. As we began this weeks work Sarah began to work on routering a template to be used to create proper shaped and cut decorative pieces for the outside of the Photo-Frame.

Pergola: Among the time slotted to the Pergola team this week they had used it to make some fix ups on their posts and mostly applying a frame to hold it more firmly in place while they used the Sabre Saw to cut down the tops of the posts down to an equal level across all four posts. 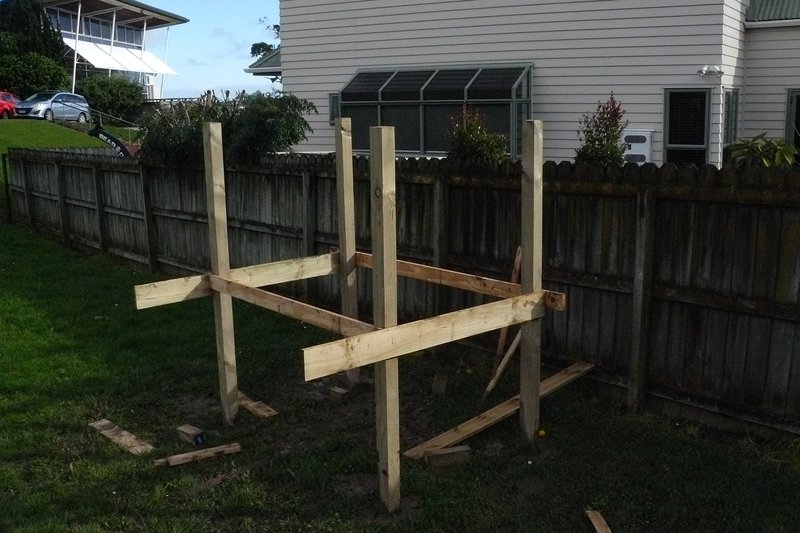