Putting the 'Crooked House' together on site 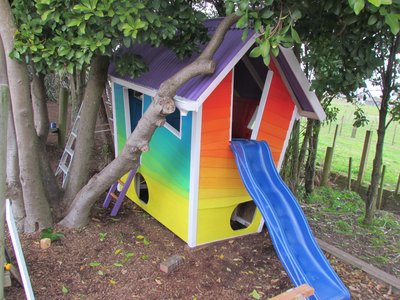 We were lucky to have a fine day to reassemble the crooked house at Longburn School on Friday.

The day started early, with the truck from Mitre 10 arriving at 7.45 to pick up all the sections and deliver them to the site at Longburn School. 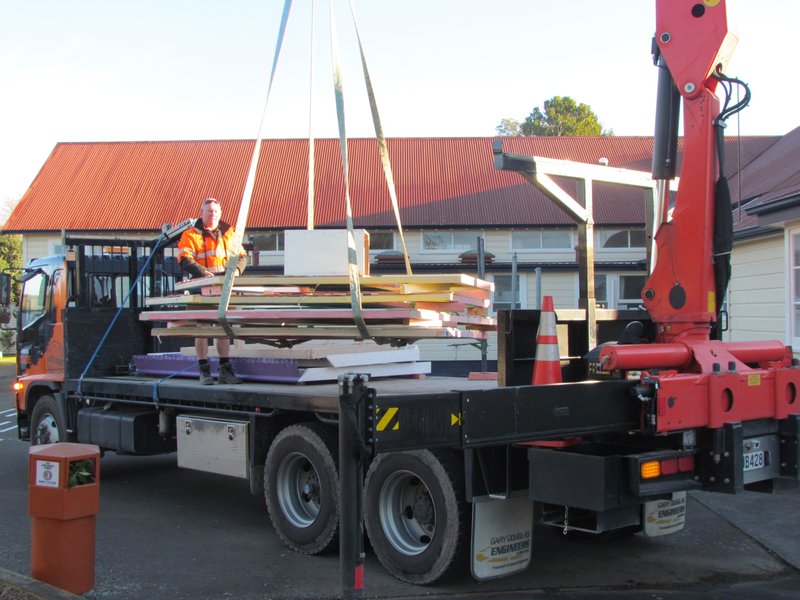 We met with the Principal who took us through the schools emergency procedures. We explained how we would keep the children behind the roped off area for their safety during the day. She agreed with our plan, adding her staff would assist us.

On site we took particular care to ensure the children who arrived at school early remained safe while the truck was unloaded; with all the children present up on the tower being supervised the Principal from a safe distance. 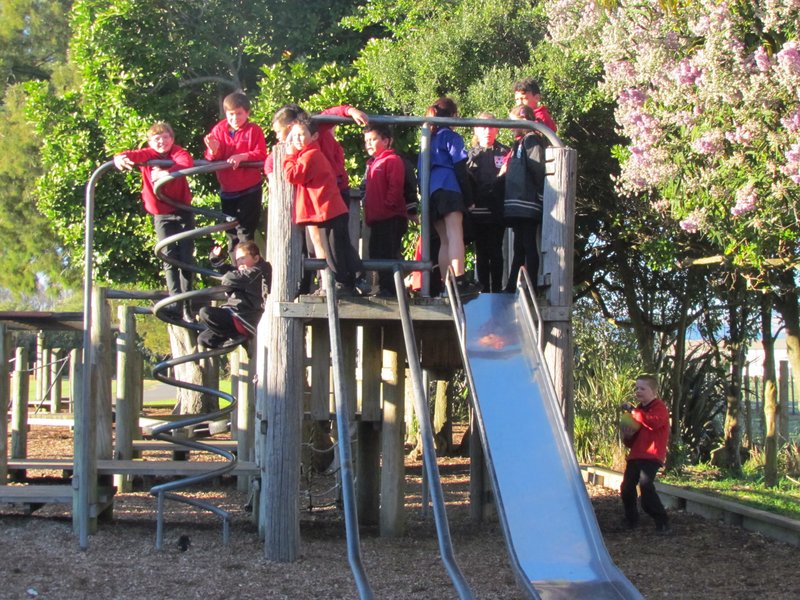 We commenced by digging out the foundation at each end inorder to place the Jarrah beams in place. Jarrah being chosen as its ability to endure contact with the ground in its natural state. The beams protrude above the ground level so as to protect the framing from being in contact with the ground. We then proceeded to reassemble the playhouse after painting the bottom edge of each wall frame. 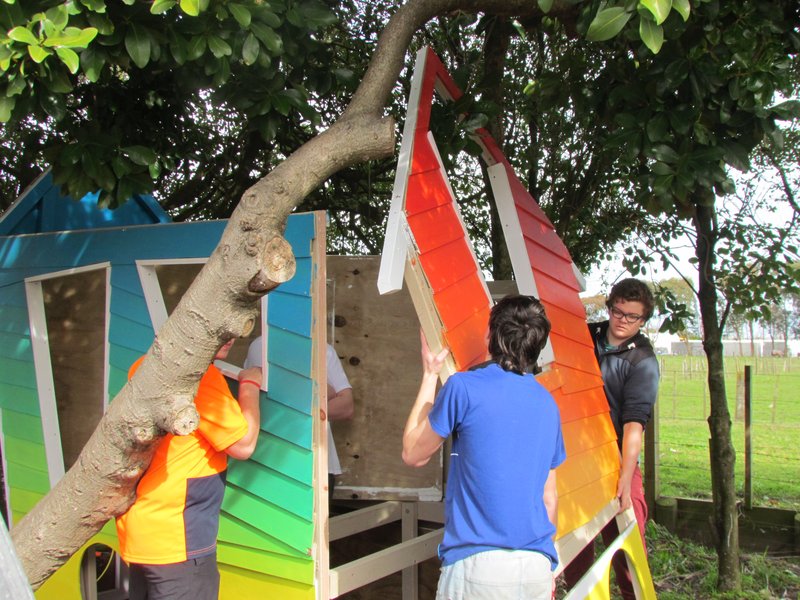 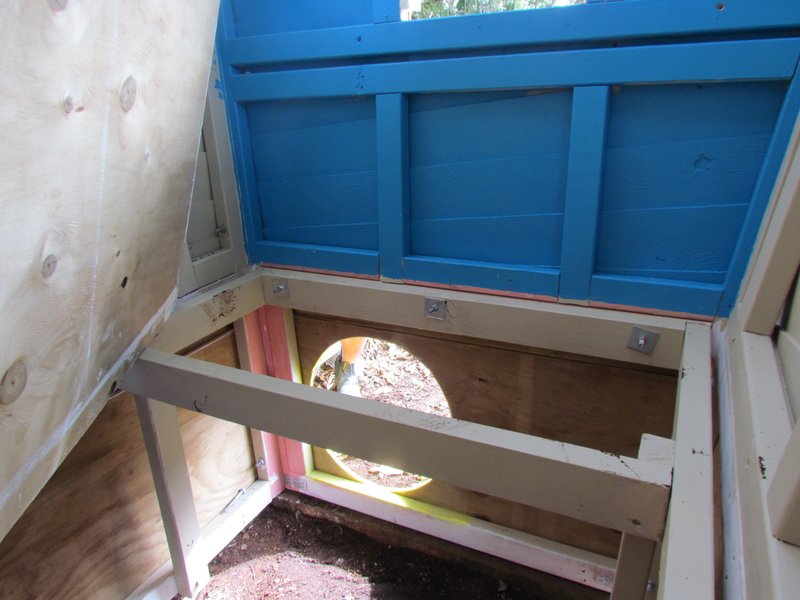 We took some time to add attach additional framing from the bottom railto the floor frame, using 8mm galvanised screws, in order to provide additional support for the floor.

Fitting the roof proved to be the most difficult task. We knew from our mock-up of the cross section we had little room to move the roof into position (as the photo of the finished playhouse shows). After a little coxing we were able to bolt both roof sections in place, using 8mm galvanised screws from the underside of the top plate. With the roof in place we were able to screw down the ridge cap and fit the chimney. 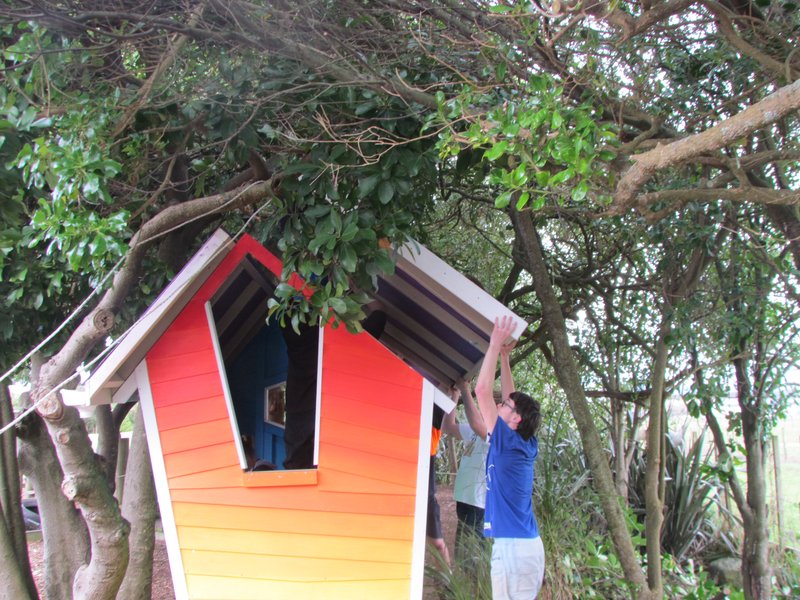 At lunchtime we had lots of children come over to see what was going on. We downed tools, checked the area to ensure it was safe and for a while showed the children how the chimney is used for shooting basketballs, lots of fun. 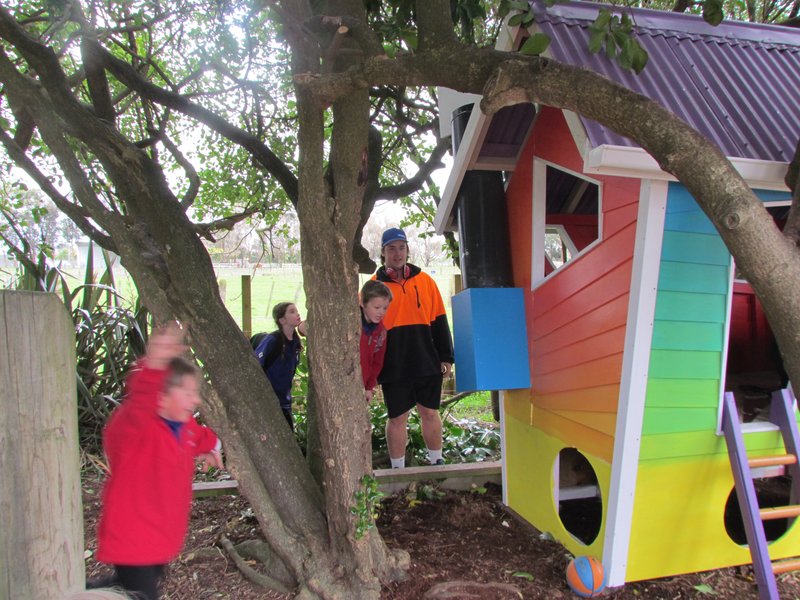 The Manawatu Standard reporter and photographer arrived at 2.00pm and interviewed Grace, our designer and chief painter, and Brayden, who has been the foreman. At this stage the house was largely completed. They were amazed at the concept and complimented us on the vibrant paint scheme. 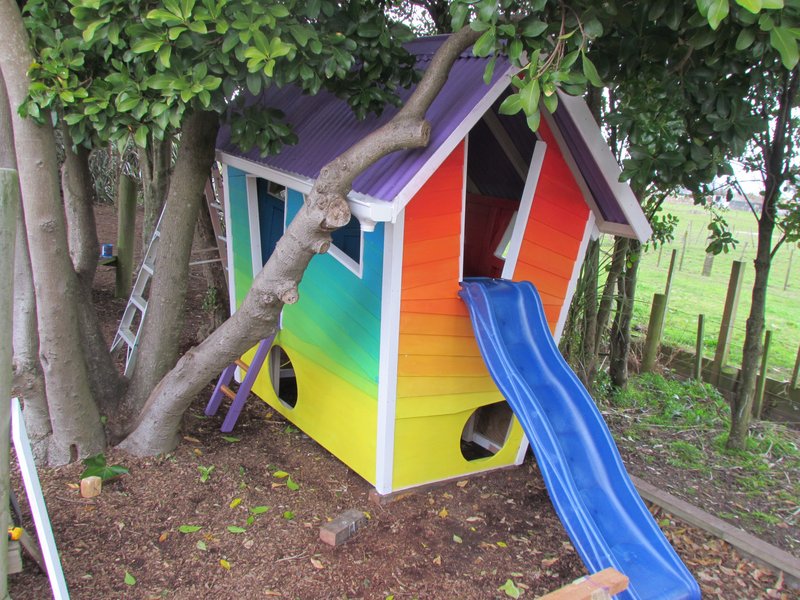 All up it was a very successful day, with the project largely completed and able to be used by the children. We only have two bargeboards left to put up as well as connect the down pipe and prepare a summaryfor the final post on Friday. During the week we will also write thank you letters to our sponsors.