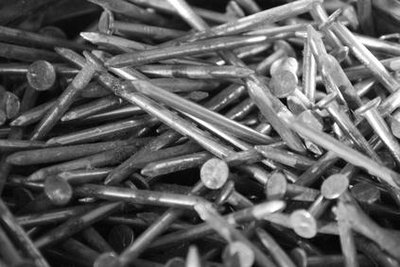 First off what is rust?

Common Rust is usually a red colour (reddish-brownish colour visually). It is commonly found in ferrous metals (consists of iron), it is commonly formed by iron oxide. The oxygen can chemically react with the iron to make iron oxide from things like water sea water etc. There are many other things that can cause rust e.g. salt, sulfur and chloride.

There are 6 main ways to prevent, slow and manageable:

As stated above corrosion is a chemical interactions between the metal and grasses/substances. This method is only a way to slow down the rusting process, it is a possibility to prevent rust but it will more than likely to rust at some point. This may sound simple but it will slow the process, limit the metal contact in bad environments like rain and by seawater that can cause rust really quickly.

Metal selection is also another major part in managing rust from starting in the first place. As conditions change in the environment/different environments there is different type of alloy metals that can alter the rusting process. Some may perform better in some environments and may work worse in some situations. Hastelloy® nickel alloys, Nirosta® steels and Timetal® titanium alloys are examples of alloys designed for corrosion prevention. The surface of the material can also contribute to the acceleration of the rusting process.Cracks, crevices or asperous surfaces can greatly increase the rate of corrosion, not only that but when rust occurs it is a lot harder to remove it from theses types of flaws.

3.Cathodic protection (further research not for our project)

This kind of corrosion is when two different metals are put together in a corrosive electrolyte. This usually occurs in close proximity moist soils, ship hulls, offshore rigs and oil and gas pipelines. Cathode protection is created by changing an unwanted anodic sites on any metal’s surface to a cathoic sites due to an opposing current. The current frees electrons and forces the local anodes to the potential of the local cathodes. There are two ways of cathodic protection first is sacrificial system, and the second is impressed current protection. The sacrificial system uses a metal anode that is not used for anything and put into the electrolytic environment, that metal now rusts which protects the cathode by sacrifice. The metals used as the anode can vary but is more likely to be either made of zinc, aluminum or magnesium, these metals have the most negative electro-potential. In this system the metallic ions move from the anode and transfers to the cathode, this leaves the anode metal vulnerable to corrode at a much higher pace than it normally would. This method stops the cathode from rusting and requires the anode to be regularly changed. The second and better system is the impressed current protection, this system is more likely to be found protecting ship hulls and pipelines. The negative terminal is connected to the cathode and the positive terminal is connected to the auxiliary anode, which in turn completes the circuit. This is better because this does not sacrifice the anode and therefore doesn’t need to be replaced.

Corrosion inhibitors are chemicals that can react to the metal surface or the gasses in the environment that causes the corrosion. The inhibitor absorbs on the metal surface and creates a film over the top preventing rust. This can be applied as a solution or as a coating.

The inhibitors process of slowing corrosion depends upon:

Our team will be painting our unprotected steel with rust inhibitors so that rust cannot occur on it. Just some more research done into the process of our building which has helped the team achieve our goals.